In case you have not been watching television or reading pop culture magazines, legendary vocalist, pianist, and songwriter Aretha Franklin passed away on August 16, 2018. Franklin’s health struggles have plagued her for years, though she still made an effort to perform and publicly support charitable causes in recent months.

The world will mourn the death of Aretha Franklin for years to come, and The Law Offices of Janis A Carney will mourn with it. In today’s post, we would like to bring your attention to a fact that has surfaced in the past few weeks: Aretha Franklin did not create a will, even though her net worth is estimated to be roughly $80 million.

The Law Offices of Janis A Carney can help you create wills, trusts, and set up long-term care in Silicon Valley. Get in touch with one of our Silicon Valley elder law attorneys to learn more when you have finished reading this post. 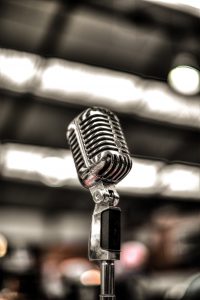 It is important to note at the outset that different states have different laws concerning how an estate will be divided in the absence of a will. In Michigan, where Aretha Franklin lived and passed away, the law dictates that her estate will be equally divided between her four sons. Unfortunately, high-profile deaths without accompanying wills have a history of becoming ugly and prolonged.

In a very similar case, Prince passed in 2016 without creating a will to determine how his estate and assets would be divided. Multiple heirs have come forward to contest the division of assets, and the legal battles still continue to this day. In what may be foreshadowing to how Aretha Franklin’s assets will be contested, the rights to Prince’s unreleased music and whether it can or cannot be released is becoming hotly contested.

In short, passing away without a will can make it incredibly difficult to pass your estate along to your heirs.

Dying Without a Will in California

If you pass away without creating a will in California, your assets will be passed to your closest relative(s) under the laws of intestate succession. While we will not get into the specific of intestate succession here, what you need to know is that creating a will or a living trust can make a difficult time in your heirs’ lives more manageable. A will commonly designates at least one individual who will manage the deceased’s assets, though wills can also instruct that a trust be created at the time of death. You can read more about wills and trusts in a previous post.

The future is never certain. While Aretha Franklin and Prince both certainly could have taken the time to meet with an elder law attorney to learn more about wills and trusts, they did not. Perhaps they did not know about how difficult it would be for their heirs to receive their shares of the inheritance, or maybe they simply did not feel that creating a will was important at all.

At the Law Offices of Janis A Carney, we believe that creating a will is one of the most important things you can do for yourself. If you would like experienced, professional help managing your estate, then get in touch with Janis A Carney, a Silicon Valley elder law attorney, today.