It was once thought that Alzheimer’s disease was a continuous progression once a person was diagnosed. More recently, however, researchers have begun to reframe cognitive decline as a fuel problem; in other words, one that can be addressed by providing the body with the right combination of macronutrients. Several recent studies show promising results for Alzheimer’s patients following a ketogenic diet, which we will explain in greater detail below.

The Law Offices of Janis A Carney provides a variety of elder law services. Contact us today if you would like to speak with a Silicon Valley elder law attorney, and continue reading below to learn more about the benefits of a ketogenic diet for Alzheimer’s patients. 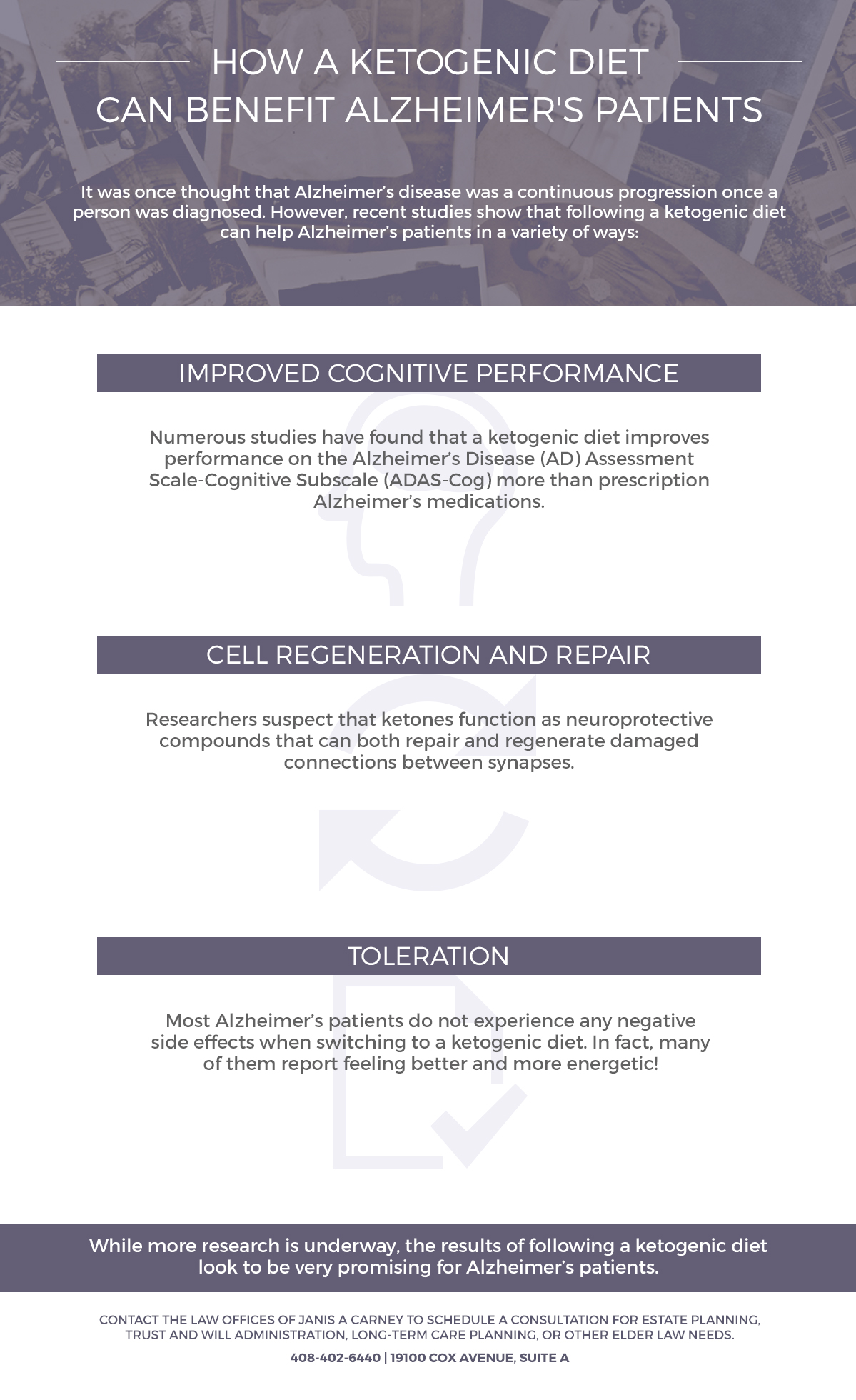 More commonly known as “keto,” a ketogenic diet includes high-fat, moderate-protein, low-carbohydrate foods. Most of us rely on glucose (sugar) to fuel our daily activity, but by relying on high-quality fat sources instead of sugar for energy, the body enters ketosis, a state in which ketones — compounds that act as a fuel substitute when sugar intake is low — are produced. While the body can use either ketones or glucose for fuel, it turns out that the former may be a much better option for those who are experiencing cognitive decline. 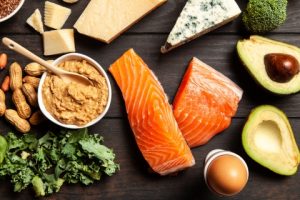 While we won’t get too in-depth in this article, the main issue seems to be this: Alzheimer’s patients struggle to use glucose as fuel, particularly in the brain, which leads to suboptimal brain activity, shrinkage, and even cell death. As we mentioned in the previous section, the brain can substitute ketones for glucose when the body enters ketosis, which takes only a few days to enter.

While more research is still being performed, the initial results for Alzheimer’s patients are very promising. It seems that ketones act as neuroprotective agents that can both repair and reverse degeneration. In one study, Alzheimer’s patients following a keto diet performed significantly better on some cognitive tasks than their non-keto counterparts. Moreover, the diet was well-tolerated by the patients and many of them were able to remain in a state of ketosis with the help of a caregiver. Other studies have consistently demonstrated improvements in cognitive processing, memory, and a slower rate of cognitive decline.

Just as we learned that heart disease can be treated with a healthy diet, it may be the case that Alzheimer’s disease may be partially mitigated by providing the body with a different source of fuel.

Watch our blog page in the coming weeks and months, as we’ll continue to provide you with more information about keto, Alzheimer’s, and other topics pertaining to elder law.

The Law Offices of Janis A Carney is here to help you and your loved ones. Contact us using the form below to speak with a Silicon Valley elder law attorney.